The History of Social Media 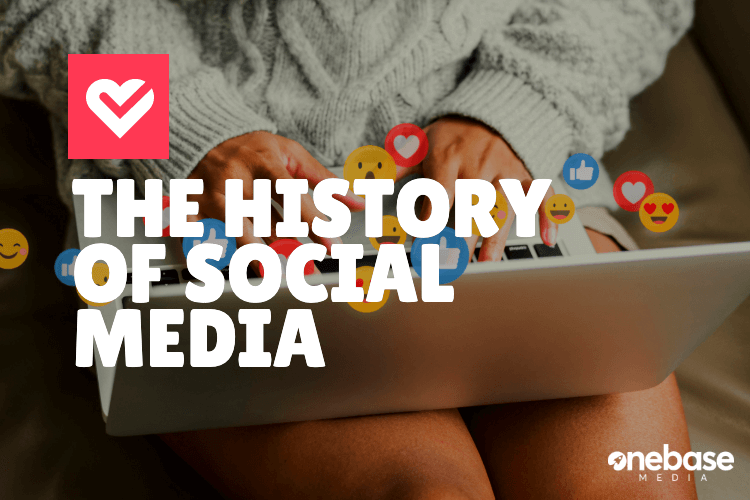 In honour of Social Media Day today, this blog will tell all about the history of social media and how it has evolved into what it has become today.

Social media is a term that everyone now knows, even in the remote areas of the world. For example, Facebook and Twitter is known worldwide and being used worldwide on a regular basis.

However, that wasn’t always the case, social media how it is now has been around a fairly short time and nowadays people can’t imagine living without.

In 1997 the first social media site was called Six Degrees, this site lasted from 1997 to 2001. It allowed users to create a profile and then friend other users.

After Six Degrees, the internet then moved into the era of blogging and instant messaging. Although some people may not see blogging as social media, the term did fit because people were able to communicate instantly.

The term blog is the form of the phrase “Weblog” which was invented by Jorn Barger, an early blogger who was the editor of the site Robert Wisdom.

By 2000 around 100 million people had access to the internet. From there it became very common for people to be socially engaged online.

More and more people began to utilise chat rooms for making friends, dating and discussing topics of interest between one another.

However, the huge boom for social media was still to come.

As much as the younger generation of today might not have heard of it but back in the 2000’s there was a website called MySpace, this was one of the most popular places to set up a profile and make friends.

Another website that has been around since the beginning and is still used today is LinkedIn, which is specifically for professionals who want to network with each other.

Most of social media websites we have today are very like LinkedIn, in the way that they are specifically for one thing or they have a unique quality that has made then popular.

Mark Zuckerberg launched what would soon become the social media giant in 2004, and it would set the bar for all the other social media platforms we have today.

Facebook is the number one social media website today and is currently boasting over a billion users.

However, in 2004 Facebook was launched just for Harvard students, but he saw the potential and released the service to the world.

A service that had the unique distinction of allowing users to send tweets of 140 characters or less. And today Twitter has over 500 million users.

Very quickly there become dozens of other websites providing social media services of some kind.

Flickr was one of the earliest and still is one of the most popular photo sharing sites, others did include Photobucket and Instagram, with Instagram gaining popularity today as one of the top social media sites to include business cards and other media.

Tumblr then made an appearance being a microblogging website which started in 2007 by David Krap and is now owned by Yahoo.

One thing that did start happening around this time was that social media became widely used but it also became widespread in business.

Social media icons where seen everywhere and it started to become unusual for people to see businesses or brands that didn’t have them.

This was the time where social media would help marketers boost their visibility. Benefits of social media marketing for businesses started to show.

It was very clear for both large and small businesses to use social media as a marketing tool.

Social media now consists of thousands of different social media platforms, that all serve the same but with slightly different purposes.

Some social media platforms are more popular than others, but that’s always the way, people will be drawn to the platform that they feel suits them best.

For example, Instagram will be suited more to someone with a photography mind that expresses themselves through photographs and other platforms like Twitter suit people that prefer to communicate through short bursts of information.

What Does the Future of Social Media Look Like?

You cannot really predict what the future of social media is. But we do know that people are social animals and the more ability they have to communicate the more popular social media will become.

And with new exciting technologies around the corner the future of social media will be interesting.

As you can see social media has grown throughout it’s history, people have become addicted to the connection it gives them to the world and businesses have realised they can reach their audience on a more personal level from having their own social media platforms.

If you would like some more information on social media, have a read of our blog on Social Media Marketing Tips and Tricks for 2017.